Home › Everything and Nothing

4nonymous
July 2018 edited July 2018 in Everything and Nothing
For whatever reason I've been jonesing for a summer "beater" car. Thing 3 (9 y.o.) has wanted a convertible ever since he rode in a New Beetle drop top a couple years ago; Thing 1 is driving age (17 y.o.), though she hasn't even gotten her temps yet; and Thing 2 (15 y.o.) can get his temps in less than 6 months. I'd like them all to know how to drive stick, so I went on a mission looking for a manual transmission 4-seater convertible.
Interestingly, I wasn't originally thinking convertible . . . only stick shift as that was the more important thing for me. I took a long look at an E28 528e 5MT, but ultimately it had too much rust and interior wear for my taste. I considered an E36 vert in Michigan, but the guy wanted to too much for a 200k+ mile car. I looked at a couple classic Saab 900 Turbos. But they were both automatic, and both owners wanted a premium because of their "classic" status, despite each car's so-so condition. I only semi-seriously considered a 1985 Audi GT Coupe (non-Quattro) and a 2002 Saab 9-3 Viggen convertible, but both were out of my price range and more just flights of fancy. The penultimate car was a laser red 2001 Saab 9-3 SE, but my local Saab mechanic said it needed upwards of $2,000 in parts and labor, which I would have done had the seller been willing to drop his price enough. He wasn't, and so I walked away.
And in the end, I drove away with a different 2001 Saab 9-3 SE. It's got a 2.0L, 205HP turbo and a 5 speed manual transmission with just over 108k on the odometer. The guy selling it (and more about him shortly) had bought it about 1 1/2 years ago, put some money and a lot of elbow grease into it, but ended up only driving it around 700 miles. It's basically been sitting in his garage, and he decided it would be better off if someone who would use it had it. He put an add up on a Saab enthusiast website, and I jumped on it pretty quickly. After going back and forth over email, getting information about the car, and reading his posts on the forums, I took the plunge. Last Saturday I flew out to Washington, D.C., took the Metro up to Rockville, test drove the car, and then drove her back to Ohio. Paid $2,500 for the car plus I blew a few well-earned Southwest Rapid Reward (TM) miles.
"How does one go about buying a car in Maryland and then getting it back to Ohio?" you might be asking. Well, that's an interesting question, and one I had myself. The Ohio BMV won't issue you temp tags unless you have the title in hand at your local BMV office. And Maryland won't issue temp tags to a non-Maryland resident. So technically, there were only two truly legal ways to get the car back: (1) have it shipped; or (2) go to Maryland, buy the car, and get the title; come back to Ohio and get the temp tags; and then go back to Maryland, put the temp tags on, and drive her home. I wasn't doing either of these, which means I had three options (not including walking away from the deal): (1) drive back with no plates on the car at all; (2) take plates from my CX-9 and put them on the Saab and drive it back; or (3) convince the seller to let me drive back with his plates and then overnight the plates back to him.
Eventually, we went with option (3). I happily jumped through a bunch of hoops to get him to trust me, and things ended up going off without a hitch. The seller is an ex-US Marshall who was essentially in charge of making sure the WITSEC database didn't get hacked. He used to buy, fix up, and race older Porsches and even an old Ferrari, and his forum posts showed him doing a fair amount of work on the Saab (update of the PCV system, valve cover gasket replacement, sway bar install, etc.). Even though I'd already bought it, I took the car to my Saab mechanic when I got home, and he confirmed that it was in very good shape (way better than the first one). It needs ~$500 in work . . . some of which I could do myself. But overall it looks and drives great.
Funny story - when I was in Maryland buying the car I asked the seller again if he was still okay with me driving off with his plates. He responded by saying he was, indeed, still okay with it and then added "besides, I ran you through the FBI database, You're clear." He also said he was just kidding, but in a way that makes me wonder if he actually was.
So here she is. In all her early-2000s cassette with a 6-CD in-trunk changer glory.... 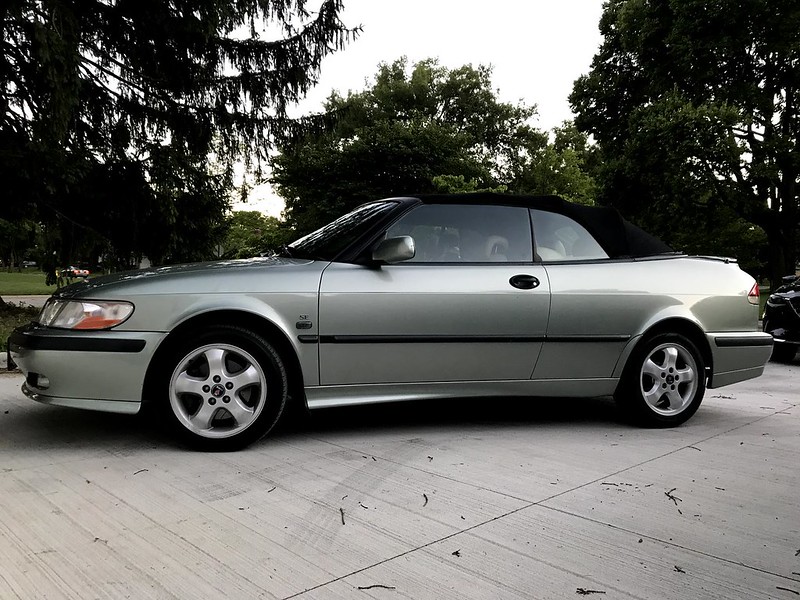 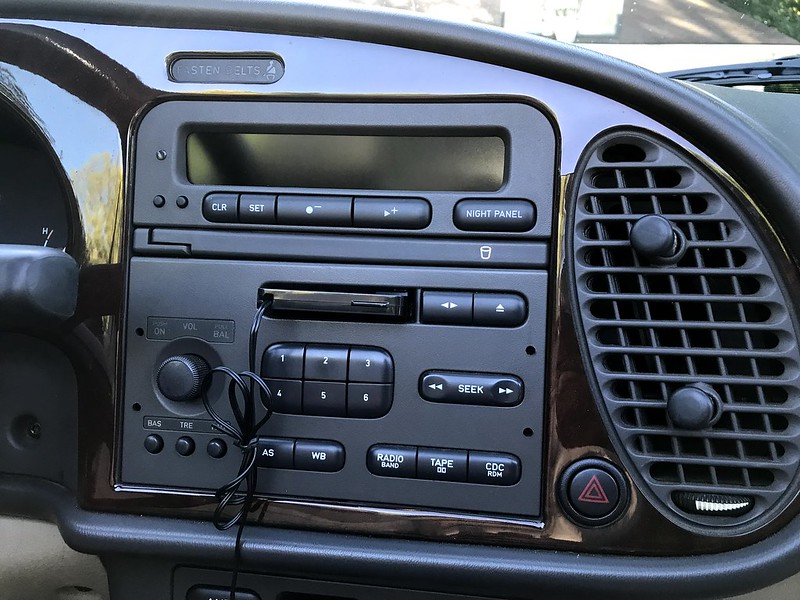 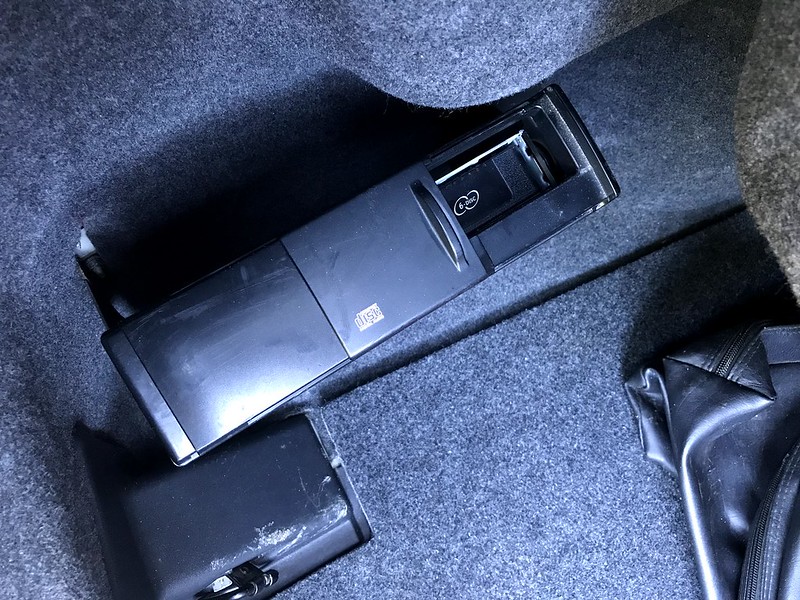